By continuing to browse the site, you are agreeing to our use of cookies. More information


Our Story For more than 60 years, Atlas Companies has been using innovative engineering to create an industry revolution in performance. Atlas started as a way to improve the pallet industry; in 1946, our founder, Howard Bernstein, was working at a pallet-making company only to discover an untapped used forklift market. In 1951, Atlas was created. It is now the nation’s largest inventory of quality new and used material handling equipment, forklifts, lift trucks, industrial floor cleaning equipment, and attachments.

As the years went on, Howard grew to expand his customer base. In addition to selling used forklifts to dealers as is, he thought of the idea to resell and refurbish used equipment to the general public. In addition, in 1958, he teamed up with Harold Birndorf (a reliable “second in command’ whose previous car industry connections and business experience helped get things started). Also in 1958, Atlas went INTERNATIONAL. Howard invited his European contacts to his Chicago facility and single-handedly convinced them to switch from Clark (the top material handling company in Europe at the time) to Atlas. Atlas International Lift Trucks was born.

Atlas didn’t stop there. In 1968, Atlas became a Toyota Dealer, which expanded our inventory to now include both new and used lift trucks. It hasn’t stopped growing since; we oversea 9,500 units. Atlas Companies is now made up of six different departments:

–Atlas Toyota Material Handling and First Access—the “retail” side of things—the sale of new, reconditioned, and /or guaranteed used forklifts with warranty. We also handle all your space utilization needs including: racking, fencing, shelving, mezzanines, and other wire products

–Atlas Parts—sale of not just Toyota OEM parts, but practically any part for any forklift

–Atlas Service—In-house technicians, as well as 103 road techs that dispatch out of three different locations

Howard worked at Atlas for nearly 60 years and is noted as one of the founding fathers of the industry and to forklift wholesale). Harold Birndorf stills comes into work. In 2011, the company was sold to Al Rawson and Toyota, but Howard and Harold’s legacy can still be seen. 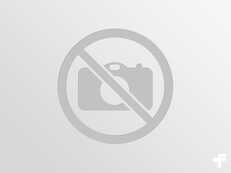